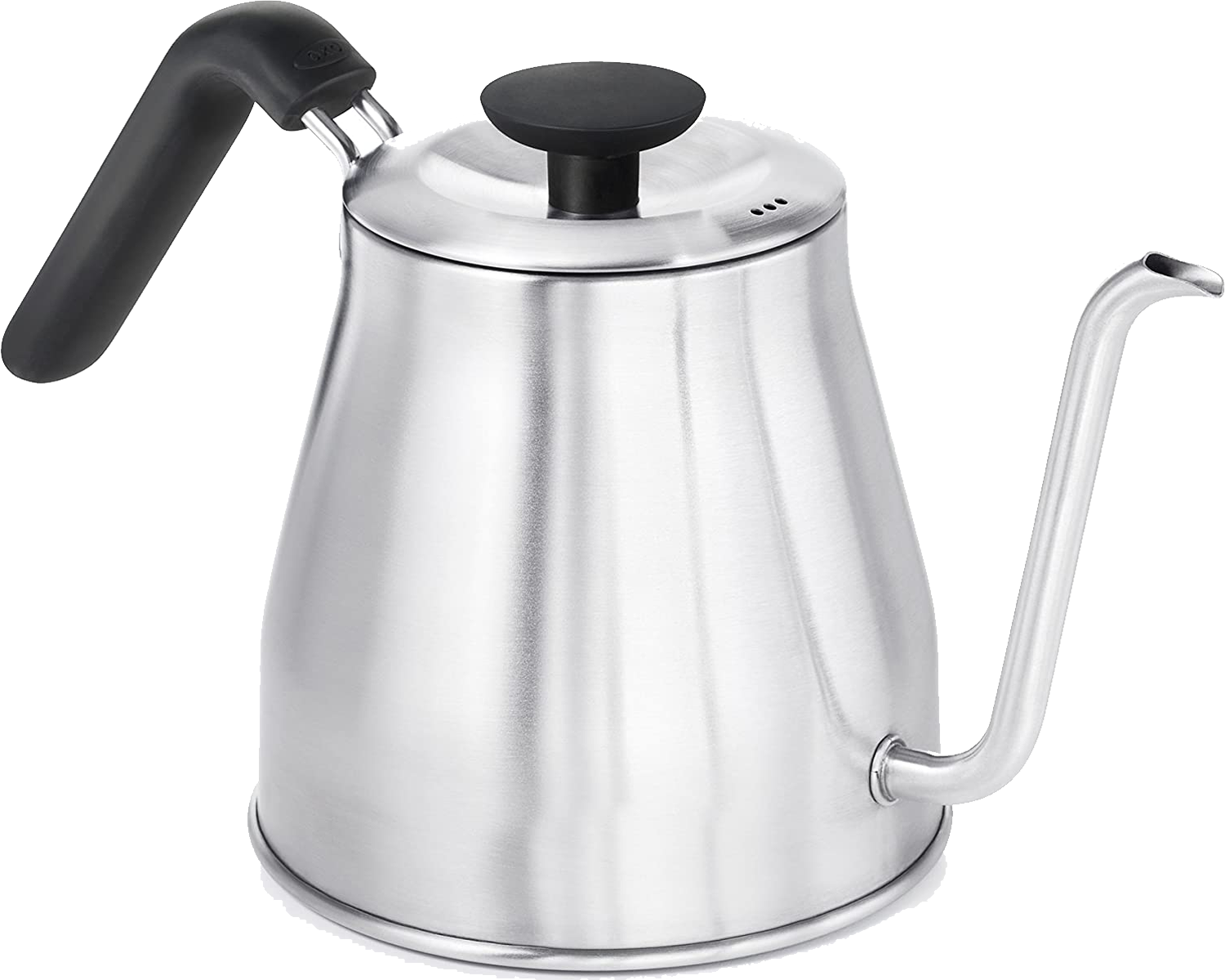 I first planned to see this movie in July when it was first scheduled. For whatever reason, STX, the distributor, decided to postpone its release until September. Later, they postponed it again to this weekend against movies like Frozen II and It’s A Beautiful Day in the Neighborhood. So, despite my excitement at wanting to see a crime flick headlined and co-produced by the star of Black Panther, Chadwick Bozeman, my expectations fell to a low.

Bozeman is André Davis, the son of a decorated NYPD police officer killed in the line of duty. 19 years after his father’s death, Davis is under investigation by Internal Affairs because he’s been involved in a lot of officer-involved shootings.

One night, two dudes raid a drug gang’s cache at a restaurant in Brooklyn. However, instead of finding 30 kilos of cocaine, they find 300. They decide to take 50, but before they can get away, four policemen show up at the door to the restaurant. One of the dudes, Ray Jackson (Taylor Kitsch), rather aggressively takes out of the four cops, but backup arrives, and Jackson takes them out as well. Jackson and his partner, Michael Trujillo (Stephan James), leave Brooklyn and head over to Manhattan to meet up with their contact.

Meanwhile, back in Brooklyn, precinct captain McKenna (J.K. Simmons) drafts Davis to find and dispatch Jackson and Trujillo with extreme prejudice to spare, as we saw in the trailer, the policemen’s families the trauma of “trials, appeals and parole hearings.“ It would seem that someone like Davis with his reputation would be the perfect judge, jury, and executioner.

The FBI tries to take over the case, but Davis and McKenna convince them to give Davis until morning to find the shooters. Davis has a plan: shut down all transportation in and out of Manhattan. He also has lots of questions: questions about why things went down the way they did.  So, he and a narcotics detective, Frankie Burns (Sienna Miller), set out to find the two shooters before dawn breaks.

Director Brian Kirk revs up the tension from the moment the drug heist begins, and he doesn’t let go until the movie ends.  That’s not easy to do when he’s directing from the script by Adam Mervis and Matthew Michael Carnahan. Not that the script is weak, but it’s somewhat predictable. However, Kirk has some advantages from the score by Henry Jackman and Alex Belcher and the stellar cast headed up by Boseman, Simmons, Miller, Kitsch, and James.  There are some other recognizable faces including Keith David and Alexander Siddig. The cinematography by Paul Cameron is excellent, not burdened with a lot of CGI, and there’s a stellar performance by the city of Philadelphia as Manhattan.

This is one of the first productions from Joe and Anthony Russo’s AGBO Films; they brought the script to Boseman, who also produced the movie along with his partner, Logan Coles and others.

Unfortunately, this film opened against Frozen II and It’s A Beautiful Day in the Neighborhood, but hopefully, you’ll head back to the theatre and take in 21 Bridges. It’s a welcome treat for adults.

I’ve watched several things this morning since Disney Plus went live but the most impactful was Marvel’s Hero Project. The first episode about Jordan, a young girl who was born without a portion of her left arm, was inspiring. Her narrative immediately brought to mind the following nerd reference: IDIC. That’s a Star Trek phrase meaning Infinite Diversity in Infinite Combinations.

If the rest of the series is as awesome as this episode, it’ll be one of the best things to grace this service.

They’ll be a lot of talk about The Mandalorian and The World According to Jeff Goldblum and there should be, but if you miss out on Marvel’s Hero Project, you’ll be missing out on something that can lift your spirits any time you watch it.

Perhaps this would be better if your kids reviewed this movie, but for some unknown reason, I was intrigued when I first saw the film on the release schedule. Unable to catch it when it was first released, it’s now on home video; so I’ve given it a viewing.

Based on the children’s educational series, Dora The Explorer, this movie isn’t afraid to be self-aware. Very early on, Dora (Isabela Moner) brakes the fourth wall and addresses the audience a couple of times to the bewilderment of her father Cole (Michael Peña) and his wife Elena (Eva Longoria).  They are explorers who have been living in the jungles of Peru with Dora. Cole and Elena figure out the location of Parapata, the lost Incan city of gold and decide to set off to find it.  However,they also choose to send Dora to Los Angeles to live with her cousin Diego (Jeff Wahlberg) and his parents, who left Peru ten years earlier.

The film plays with Dora exploring life in “the city,” which she is thoroughly unfamiliar with, and she continually embarrasses Diego with her unfamiliarity. Dora doesn’t understand because she and Diego were quite close when he lived in Peru, but Diego has grown quite accustomed to life in the city, and he’s less than enthused in guiding his cousin through the process of acclimation.

Dora and her classmates go on a field trip to a museum, and when she wanders off to explore some off-display exhibits in the museum basement, she, Diego and two other classmates are locked in a crate and shipped off to Peru by a group of mercenaries.  These mercenaries plan to use Dora to find her parents and convince them to find the lost city of Parapata.

It’s all somewhat goofy and transparent, but kids will probably enjoy it.

Zack Gottsagen is Zak, a young man with no family and Down’s Syndrome, who has been placed in a retirement home because there is no other facility to place him in. Zak spends his days watching a videotape purporting to teach one wrestling. Zak also spends a lot of time trying to escape from the retirement home.

Shia LaBoeuf is Tyler, a young man who appears to be a crab fisherman, but who we learn is actually stealing crab pots from a man, Duncan (John Hawkes), who took over fishing licenses held by Tyler’s brother (Jon Bernthal) who has recently died. Tyler clearly feels that Duncan “stole” the licenses from his family and, so, he is merely taking what belongs to him. Not that Tyler doesn’t know that what he’s doing is illegal because he’s spending his days ducking the authorities and Duncan.

Zak shares a room with Carl (Bruce Dern), who he’s driving crazy with his constant viewing of the wrestling tape; so Carl devises an escape plan for Zak to gain some peace.  Meanwhile, Duncan confronts Tyler over the stolen crab pots and threatens him if Tyler doesn’t stop. Tyler doesn’t take kindly to the threat and takes an action that propels Duncan to pursue him.

Tyler takes off in a boat in which Zak is hiding, and it sets up the journey that we are about to follow. While Duncan is pursuing Tyler, Zak is being pursued by Eleanor (Dakota Johnson), a volunteer at the nursing home who was supposed to be watching Zak and who had dubbed him a flight risk.

Tyler Nilson and Mike Schwartz, who wrote and directed The Peanut Butter Falcon, set up a scenario where the characters Tyler and Zak become traveling companions as Tyler tries to escape Duncan and head to Florida while Zak travels to the wrestling school advertised on his video, which is along the route Tyler plans to take.

My only problem is with the screenplay, which too often takes convenient short cuts to move the story along. However, there are delightful performances by LaBoeuf, Johnson, Hawkes and Gottsagen, who himself has Down’s Syndrome but turns in a dynamic performance as a man who single-mindedly sets out to accomplish his goal of becoming a wrestler. Add in a marvelous performance by Thomas Haden Church as The Salt Water Redneck, the wrestling guru Zak is determined to meet and be trained by.

All too often, society imposes their ideas of what a person is capable or incapable of doing, and this story does its best to implode those myths and give us a different perspective on people’s capabilities and our concepts of friendships and families. I’m a sucker for a story with heart, despite some weaknesses in the narrative.

Despite these minor misgivings, The Peanut Butter Falcon is one of the better films of 2019, and I definitely recommend you give it a chance. In limited release and now available on home video, it’s worth your time.

If you like sauce and want to have some to pour over the chicken and the rice, double the sauce ingredients